David M. Salkin, Author of Battle Scars, discusses the book and the brave military men behind the stories that inspired it. Matthew and David discuss how civilians reading this book can gain a better understanding of the struggles of veterans returning home.

“Battle Scars is an incredible story of brothers in arms and the bonds formed in combat. The struggles that are faced by combat veterans returning from war are real and nothing I’ve read brings that story to life like Battle Scars. This is a must read!” LTCOL T. Kevin White “TK” 150th Special Operations Wing 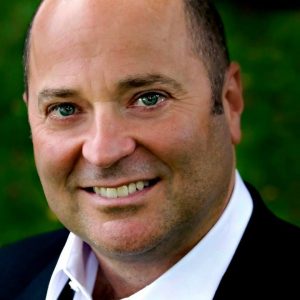 David M. Salkin is the author of fourteen published thrillers in various genres, including military espionage, crime, horror, science-fiction, action-adventure and mystery. With a writing style reminiscent of the late, great Michael Crichton, Salkin’s work keeps his readers turning pages into the late hours. His books have received Gold and Bronze medals in the Stars & Flags book awards, and David has appeared as a guest speaker all over the country, including three times as a panelist at Thrillerfest in NYC. David has also written two screenplays, and continues to work on getting those produced.

David served as an elected official in Freehold Township, NJ for twenty-five years in various roles including Mayor, Deputy Mayor, Township Committeeman and Police Commissioner. He was inducted into the NJ Elected officials Hall of Fame in 2019. Dave is a 1988 graduate of Rutgers College with a BA in English Literature.

When not working or writing, David prefers to be Scuba diving or traveling. He’s a Master Diver and “fish geek”, as well as a pretty good chef and wine aficionado.